In Belgium, nuclear power is expected to continue after 2025. Without them, the security of electricity supply in the kingdom could not be guaranteed. The war in Ukraine brought him back to the fore. Indeed, since 2003 it has been legally established that nuclear power should be phased out in a gradual but final way by autumn 2025. Now the two youngest of the country’s seven nuclear reactors, Doel 4 near Antwerp and Tihange 3 near Antwerp. Liège, both of which went into operation in 1985, will remain connected to the grid until the end of 2035. “We choose security in uncertain times,” Prime Minister Alexander De Croo said after government talks on March 18.

Green energy minister in the seven-party ruling coalition, Tinne Van der Straeten, had to abandon her plan to shut down all nuclear reactors by 2025 and replace them with subsidized gas-fired power plants. The war in Ukraine had placed dependence on gas as a problem at the top of the political agenda, so much so that the Greens could not ignore the compromise now agreed which, in addition to extending the useful life, also provides a boost in renewable energy.

To this end, € 1.1 billion of state funds must be made available. This is intended to accelerate the expansion of offshore wind energy, for example. According to the international wind energy association GWEC, Belgium is already one of the largest players in the world when it comes to offshore wind. With its eight offshore wind farms off the Belgian North Sea coast, it ranks fifth in terms of global installed capacity with a share of 6% after Great Britain (29%), China (28), Germany (22) and the Netherlands (7 per cent) a.

One billion euros to accelerate the expansion of renewable energies

According to the Belgian government’s plan, Belgium’s offshore wind farms are expected to produce three times more electricity in 2030 than they do today. Instead of the 4,400 megawatts as originally planned, the capacity needs to be increased to 5,800 megawatts. This roughly corresponds to the capacity of the seven nuclear reactors in Belgium. “We are transforming our North Sea into a sustainable power plant,” Belgian Energy Minister Van der Straeten said when the plan was unveiled in October.

The most ambitious plan is made possible by more powerful and 300m high wind turbines. They are to be installed in an area still available, named after the Belgian princess and heir to the throne Elizabeth, on a five-hectare concrete energy island that has yet to be built. The Belgian government intends to auction the necessary concessions from mid-2023 onwards. From the artificial island there should not only be a connection with the Belgian mainland, but also connections with neighboring countries. So far, Belgium is the only country with wind power in the North Sea that does not yet have an energy island. In order to bring additional wind energy into Belgium, the Belgian transmission system operator Elia will have to lay additional cables there from the end of 2023.

Furthermore, the Belgian government wants to use the 1.1 billion euros to make Belgium a European hub for imported hydrogen generated from solar and wind energy (reports Belgiuminfo). It is also evaluating the use of the two reactors still in operation for the domestic production of hydrogen in case of over-supply. In this way, renewable electricity generation should not be driven off the market by nuclear power. In Germany, the expansion of solar roofing systems and the installation of heat pumps must be incentivized with a VAT reduction from 21 to 6 percent, initially for the years 2022 and 2023.

The government is negotiating with Engie

Van der Straeten received a mandate from the government to negotiate with the French operator of the Engie nuclear power plant on the extension of the useful life. He had already ruled out an extension of the mandate in the summer of 2021 and later confirmed it. It’s too late for that, according to Engie-Electrabel boss Thierry Saegeman. By 2025 it will no longer be possible to complete the conversion work of the two reactors in order to be able to put them back into operation in the winter of 2025. Furthermore, the impact assessments, public hearings and nuclear fuel orders required for the extension take a long time. . The Belgian government now wants to give the energy company until winter 2026/2027 to do so.

The Belgian nuclear regulator Agence Fédérale de Contrôle Nucléaire (AFCN) has already given the green light. In a report they confirmed that an extension of the service life of the two nuclear reactors in question was feasible from a safety point of view. However, they would have to be updated to do this.

The Belgian government only needs to financially convince the energy company Engie. In addition to the granted period, Engie will request price guarantees. This will likely take the form of contracts for difference. With these contracts, the state compensates the difference if the electricity prices on the power exchanges fall below a certain threshold. The government estimates the costs for this at one billion euros.

The government must consult the European Commission

However, legal concerns on the part of the European Commission could still stand in the way of extending the useful life of the two nuclear reactors. In order to be able to replace the base load capacity of all seven nuclear reactors for a total of 5,800 megawatts, the Belgian government has created a remuneration mechanism for maintaining power generation capacity (CRM) for 15 years. It was approved by the EU Commission because it met its conditions, the phasing out of nuclear power.

In October, the operator of the Belgian transmission system Elia auctioned these capacities, amounting to 4,500 megawatts, mainly to gas plant operators, with an average remuneration of 32,000 euros per megawatt and year. Among these are also two Engie gas power plants that have yet to be built. The Belgian government would like to keep the mechanism and not exclude the two new gas plants, even if the generation of electricity from natural gas will remain very expensive for the foreseeable future.

The government expects the EU Commission to understand

Since the EU Commission has approved Belgium’s remuneration mechanism on the condition of a complete nuclear elimination, the Belgian government will have to talk to it again unless it completely revises it. However, he does not expect the EU Commission to ban it in view of the war in Ukraine. Because the EU authority launched a tough strategy (“RepowerEU”) on 8 March. In it, he recommends going to extremes to make the EU completely independent of Russian natural gas by 2030.

Details of the measures taken on March 18 are available here: https://www.premier.be/fr/prolongation-de-la-duree-de-vie-des-centrales-doel-4-et-tihange- 3 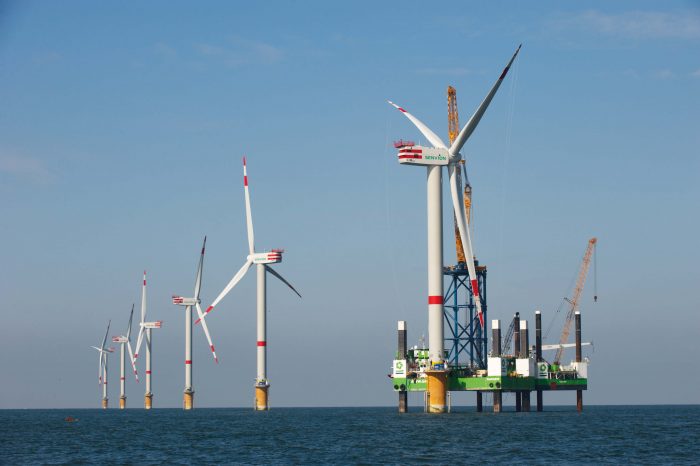