How do buildings create community?

Kéré addresses questions such as: in what form can architecture create community? How sustainable are the buildings? Which building materials are the right ones depending on the location? And – how to interpret a traditional construction method with a contemporary architectural language? 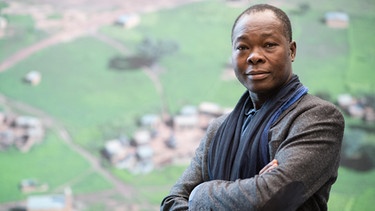 Francis Kéré became very famous in Germany when, together with Christoph Schlingensief, he started in 2010 the village of intercultural opera, started by the theater and film director Africa presented in Laongo in Burkina Faso. The first stone was placed there twelve years ago. Internationally, however, Kéré had attracted attention much earlier, starting with the construction of the school in his native village of Gando, 200 kilometers from the capital Ouagadougou. Construction began in 2000 and the building was finished in 2001 and soon became world famous. In 2004 he was awarded the Highly Gifted Aga Khan Award for Architecture awarded every three years for buildings with a particular impact on the common good.

The best of two worlds united

The Gando village school is not architecturally revolutionary, but somewhat spectacular in its modest and well thought out construction. Not many villages in Burkina Faso have a solid heat and rain resistant school building, which has a smart climate design and combines traditional construction with European quality standards. This brings together the best of both worlds. Sustainable and sophisticated. 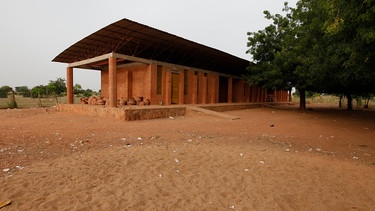 A streamlined, constantly optimized steel structure supports a cantilevered roof of corrugated sheet metal that provides shade. The simple mud-brick buildings are positioned below, always three classrooms in a row. The roof rises slightly on the north sides so that rising warm air can escape and a cooling draft is created. A circumferential concrete cornice is the anchor point between the roof and the wing of the one-story classroom and gives the building a rhythmic feel. The architectural language is based on the regional building tradition and still appears very contemporary – only modern building technology has been deliberately avoided: installations and air conditioning. There are no glass windows either – everything is designed for ventilation. And it works fine. 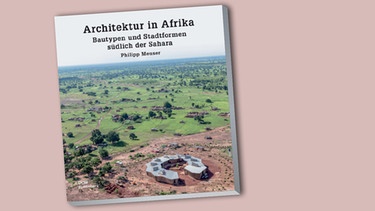 “Among the internationally renowned African architects, Kéré is the only one who has mastered the balance between local standards and appropriate building forms”, writes Philipp Meuser in his book “Architecture in Africa” ​​on Gando’s master builder. But not only does he dedicate a few pages to it, but he also approaches it with great curiosity and great sensitivity for the legacies of German colonial history, a continent that is architecturally obstinately ignored and, at best, intended as an exotic marginal topic in the history of ‘architecture.

This must change, Meuser says, because the pending urbanization processes in African countries – and with them the urban planning challenges – are gigantic: when it comes to population growth by 2050, we are talking about 400 million people. From the mud hut to the megalopolis, everything must be considered – and bridges must be built between tradition and modernity, as well as between sustainability and common basic architectural forms. 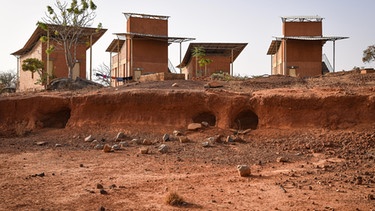 Using the example of Africa, Philipp Meuser wants to raise awareness Refine the simple construction methods that are inevitable in times of climate change, always in relation to locally available materials and regional architectural languages. Meuser is concerned with getting people back to this country to take an interest in architecture, after many have lost interest in the art and craft of construction due to technological specialization and sometimes exaggerated and excessively complex building regulations. He is different in the countries where he has traveled to Africa. Meuser is fascinated by “the fact that in African culture it is possible for everyone to know how to build their own home, which in Western culture has been completely lost”.

In his book on building types and urban forms south of the Sahara, Meuser describes regional architectural styles, outlines housing and housing forms in connection with culture and political history, from Tuareg tents to stilts to the extremely modern buildings of a David Adjaye. Like Kéré, the Ghanaian-British architect, born in Tanzania, has long been one of the stars of the international scene. Its National Cathedral in Accra or the Alára Concept Store in Lagos would grace any place on this planet.

In his book “Architecture in Africa”, Meuser also shows many buildings designed by foreign offices, often with great financial support from countries active on the continent. Already at the beginning of the independence of African nations in the 1960s, states such as France, Bulgaria, Yugoslavia, Poland, Russia and North Korea formulated their wishes and hopes through architectural landmarks. China’s recent major construction projects, from controversial hydroelectric power stations to football stadiums and new futuristic theaters like Accra’s, appear to have been done in an almost imperialist fashion. All of this is illustrated with many current photos. The book gives you a picture of what is happening on the ground. With 27 institutions, Nigeria, the most populous country in Africa, has the highest concentration of architecture schools on the continent. Olajumoke Adenovo, architect and radio host who describes herself as a social and weekly engineer with Voice of change goes on the air.

On his radio show, Olajumoke Adenowo talks about different ideas about development aid, role models and calls for self-determined action. He asks questions about the future of the cities of the African continent: “What happens,” he says, “when the middle class starts building their houses as they do in the Western world, without considering sustainability, without their own cultural background?”

Treat materials in an innovative way 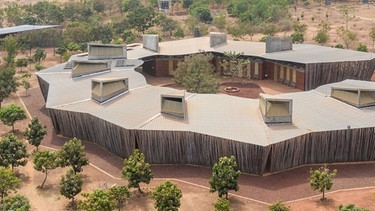 Meuser assumes that in the future it will no longer be possible to think of global architecture without referring to Africa – not only in basic research, but also starting from aspects such as the concepts of common good, scale and low-tech, or the necessary simplification of construction. Francis Kéré calls it “radically simple”.

Meanwhile, Kéré has built a few more schools, true to her motto “Committed to the community” – for example in Dano or Koudougou in Burkina Faso. And he designed a similar building in Bavaria, for the Freie Waldorfschule Weilheim. Here too it is an architecture that unites people on an equal footing, which promotes social exchange and convinces with a construction that is as simple as it is inexpensive. “How can you be innovative with materials and then also with shapes? … I am convinced that it will be very economical. I am also convinced that we can do it”.

The article is published in the Kulturjournal, that you here listen and subscribe.