Mining difficulty, a unit of measure used during the mining process to gauge the power and time it takes to hash each block, hit a record high on October 23. It has reached the figure of 36,835 trillion hashes, necessary to participate in the securing of the blockchain. At the time of this writing, November 7, 2022, the level is slightly lower, but still very high, at around 36,762 hashes.

If that doesn’t speak to you, here’s a little reminder of what the difficulty of mining actually is. It is a unit of measurement that is used to assess the difficulty of cryptographic puzzles that allow new units to be extracted once solved. Every two weeks, this difficulty increases or decreases depending on the number of miners on the network, according to a rule imposed in 2009 by the creator of Bitcoin, Satoshi Nakamoto; the goal is to maintain the stability of the cryptocurrency mining rate. Thus, the difficulty of the calculations adapts to the available power (the “hashrate”, or “hash rate” of the network): if the blocks are generated “too fast”, the difficulty increases, so as to maintain the “block target time” (time needed to create a block) to 10 minutes. 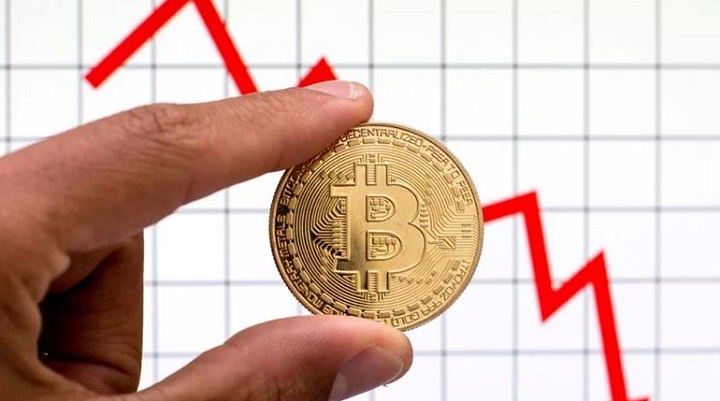 Miners in difficulty, but still numerous

As BitPanda Academy explains, “the more popular a cryptocurrency, such as Bitcoin, is, the more computers that participate in the peer-to-peer network increase. Combine efforts and hash rates), compete for rewards in limited blocks. The difficulty of mining. it therefore refers to the hash power of the entire network, which increases with the number of participants and the computing power involved. ” To compete with their peers, miners today must equip themselves with “Asics” (“application-specific integrated circuit”), machines composed of chips specially programmed for cryptocurrency mining, which are increasingly powerful. .

Ultimately, the mining difficulty therefore mirrors the degree of competition between miners, with the aim of finding new blocks and earning rewards. However, the more this degree of competition increases, the more secure the blockchain is. Of course, for miners this is not good news, since, as BeInCrypto notes, “mining is no longer profitable, in the face of rising energy prices and inflation”. For them, the increased competition also means that they have to sell more Bitcoin (which is currently worth 20,798 euros, and has been stuck at this level for 5 months) than they actually earn, to make up for the decrease in their profits. Earnings divided by three in a year: According to Arcane Research, the exploitation of the network currently brings miners $ 17.9 million a day, compared to $ 62 million during the bubble in November 2021. This trend is likely to eventually lead to the “little players” in mining to disconnect their machines. Some mining companies, such as Bitfarms, Riot Blockchain, and Argo Blockchain, have seen their shares drop 80-90% since January 2022.

But the progression of the “hashrate” and the difficulty of mining also means that, despite the cryptocurrency collapse in June 2022 (the famous “crypto bear market”), most miners hold their own and are more and more numerous, to help. to protect the Bitcoin network. In fact, it is necessary to know that the opposite situation, i.e. a decrease in the computing power needed (the hashrate) to reduce the number of miners, would have a negative impact on the security of the blockchain, making it vulnerable to attacks.

“The value of the hash rate tells us how secure the mining network of a cryptocurrency is. The rule is simple: the higher the hash rate, the more secure the network”, reads an “online course” by Bit2Me. Academy. In fact, the power required to be able to carry out a “51% attack” (an attack that consists in modifying the history of the blockchain, and which is possible only if the hackers who mine are able to hold 51% of the computing power total mining) increases as the hash rate increases. “Since this 51% level can only be achieved by hundreds of thousands of miners, the chances of a malicious entity carrying out this attack in isolation are greatly reduced. Therefore, many specialists pay particular attention to the global hash rate of a cryptocurrency. to know if it is safe “, concludes Bit2Me.