Whoever says new year says new rules. Since 1 January 2023, major changes have already come into force in various sectors such as energy, telecommunications, finance and the automotive industry. Let’s make the point.

From 1 January 2023, energy prices will rise for the French. After a few months of state support, the increases will be more significant at the beginning of the year.

First at the pump, with the end of the fuel discount. Until December 31, 2022, the State paid 10 cents per liter of fuel. This system ends on January 1, 2023. The state has instead provided aid of 100 euros for the most modest French people, or about 10 million people according to the criteria presented by the government.

If you heat with gas, from 1 January 2023 your bill could also rise. The Energy Commission has in fact fixed a 15% increase in the regulated prices of natural gas.

Finally, if you have not yet agreed to install a Linky meter in your home, this refusal will bill you around sixty euros a year from 2023. This device aims to compensate for the installation of a less efficient meter, which requires more maintenance. Until the end of 2024, you can get around this billing by taking your own statement. But from 2025 it will be necessary to go to the cash desk. 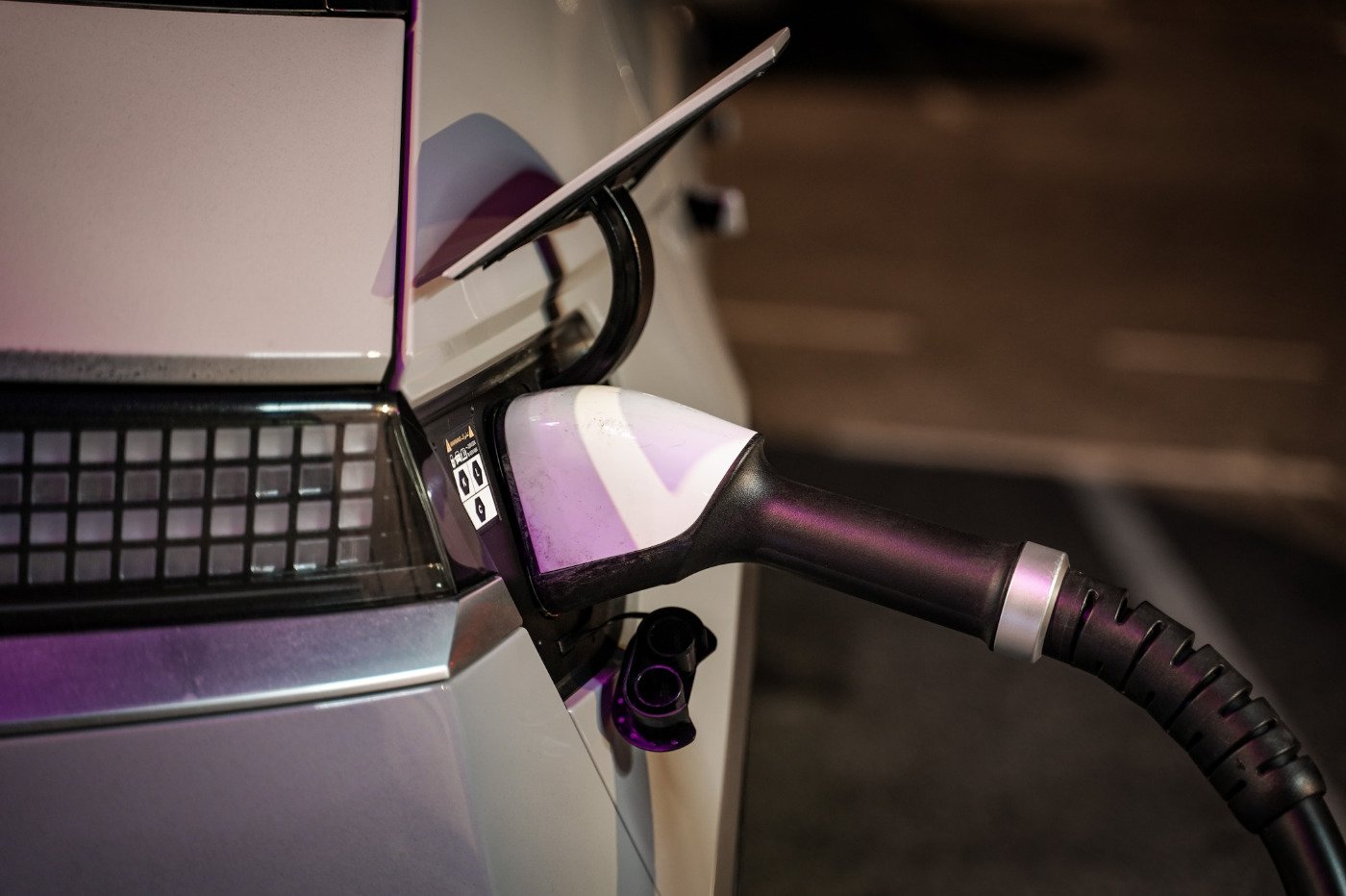 If you’ve been meaning to buy an electric car in 2023, now’s the time to catch up on the aid on offer. From 1 January the devices change.

The ecological bonus for buying an electric vehicle decreases: it goes from 6,000 euros in 2022 (7,000 for the most modest families) to 5,000 euros in 2023. This revaluation was already scheduled for July 2022 but the State has chosen to extend this aid for another six months to facilitate the transition.

A new device compensates for this drop in the green bonus but is limited to consumers on the lowest incomes. In fact, a zero-interest loan is established for the purchase of an electric car. To benefit from it, you must be an individual, have a limited income and live in a few large cities in France. The 100 euro/month car promised by Emmanuel Macron therefore seems far away, for the moment.

Also in the transport sector, the state has set up a system to encourage the French to start carpooling. Drivers who use carpool regularly will receive a bonus of 100 euros, both in the form of cash and in the form of fuel vouchers. How carpoolers are rewarded will be decided by each platform.

The payment of this aid is progressive. A first push of 25 euros is given during the first carpool. The remaining 75 euros are given after 10 trips. 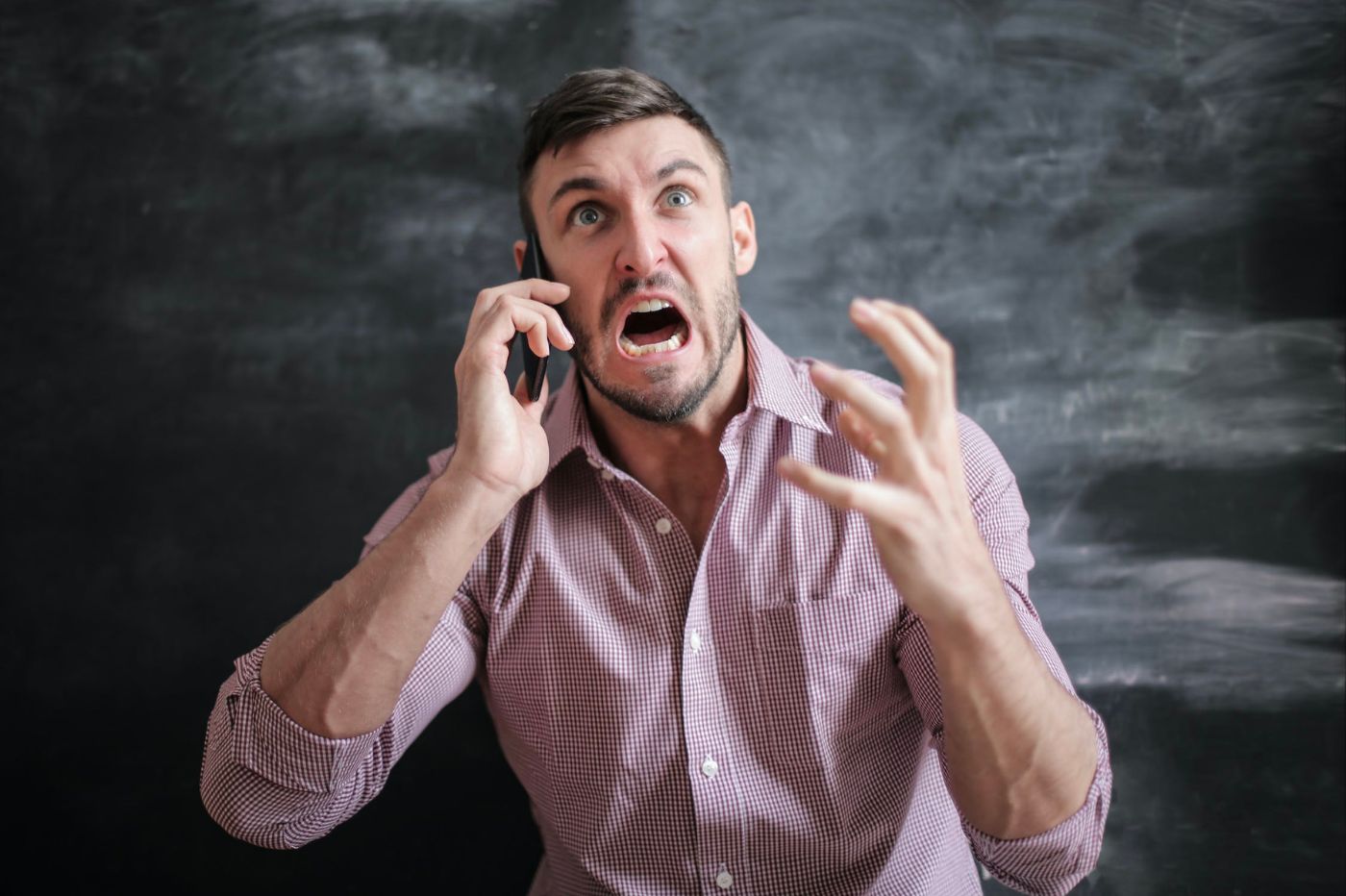 With the exception of Free, all telecommunications operators have announced an increase in the prices of their fixed and mobile subscriptions. This increase mostly affects all the formulas offered and reaches an average of 3 euros per season ticket. So much for the bad news.

Among the positive news, we point out the end of propaganda with telephone numbers starting with 06 and 07. These codes are therefore reserved for private individuals: companies specializing in propaganda or ephemeral communications (couriers, drivers, etc.) will have to use a number starting with 09.

Orange also announced that theLandline numbers could now follow you as you move. Like the mobile phone number, the landline number can therefore also be subject to portability, i.e. if you live in a region with the area code 04 today, you can keep it even if you leave the area. Note that overseas departments and territories are not affected.

Finally, the La Poste group announced the end of the red stamp in favor of the red electronic letter. Instead of writing, printing, buying a stamp and posting it, it will be possible to access a page dedicated to sending simple mail on the La Poste website.

The method is simple: you go to the site, type a letter and indicate the addressee. We pay (obviously) then La Poste takes care of printing and stamping the letter to send it to the recipient. 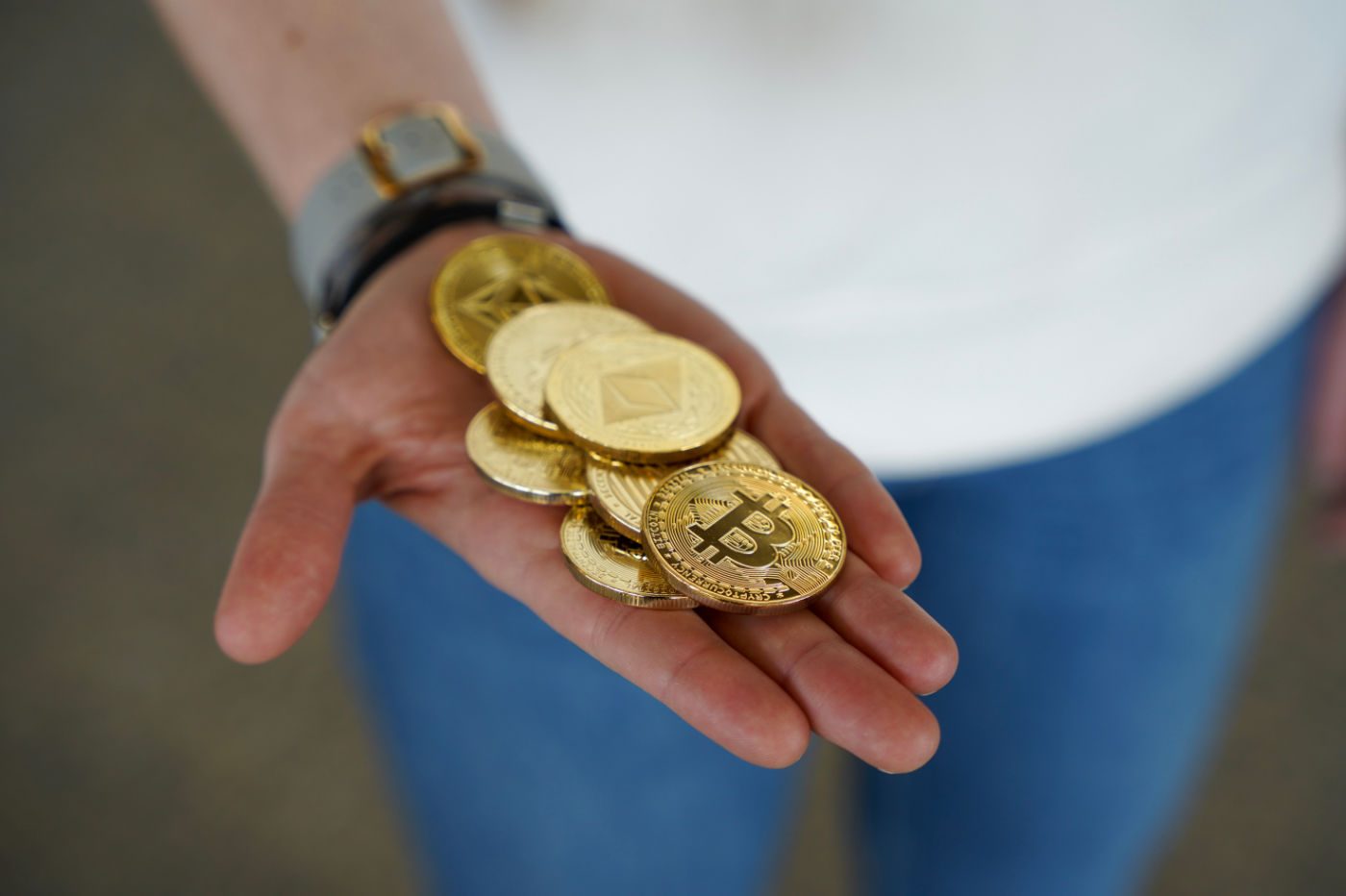 For this start of the 2023 school year, there is also level in the field of finance. The state announced for the first time an increase in the minimum wage around 1.81%, or around twenty euros a month for a 35-hour weekly contract. An increase considered low by the social partners while inflation over a year reached 6.2% in November 2022.

At the same time, the Housing Savings Plan (PEL) rate is on the rise. While it reached the 1% limit in 2022, the PEL rate reached 2% in 2023. Please note that this rate does not apply to already open PELs but only those created from 1 January 2023.

Finally, the world of cryptocurrencies is also entitled to its pennies for the start of the 2023 school year. Capital gains will be taxed at 12.8% (excluding social security contributions), whether you are a private individual or a professional.

When declaring taxes, you can always choose between this tax or the progressive scale of the tax. It is up to everyone to see which is the most interesting in terms of taxation. Also, don’t hesitate to follow our complete guide to correctly declaring your cryptocurrencies for taxes. 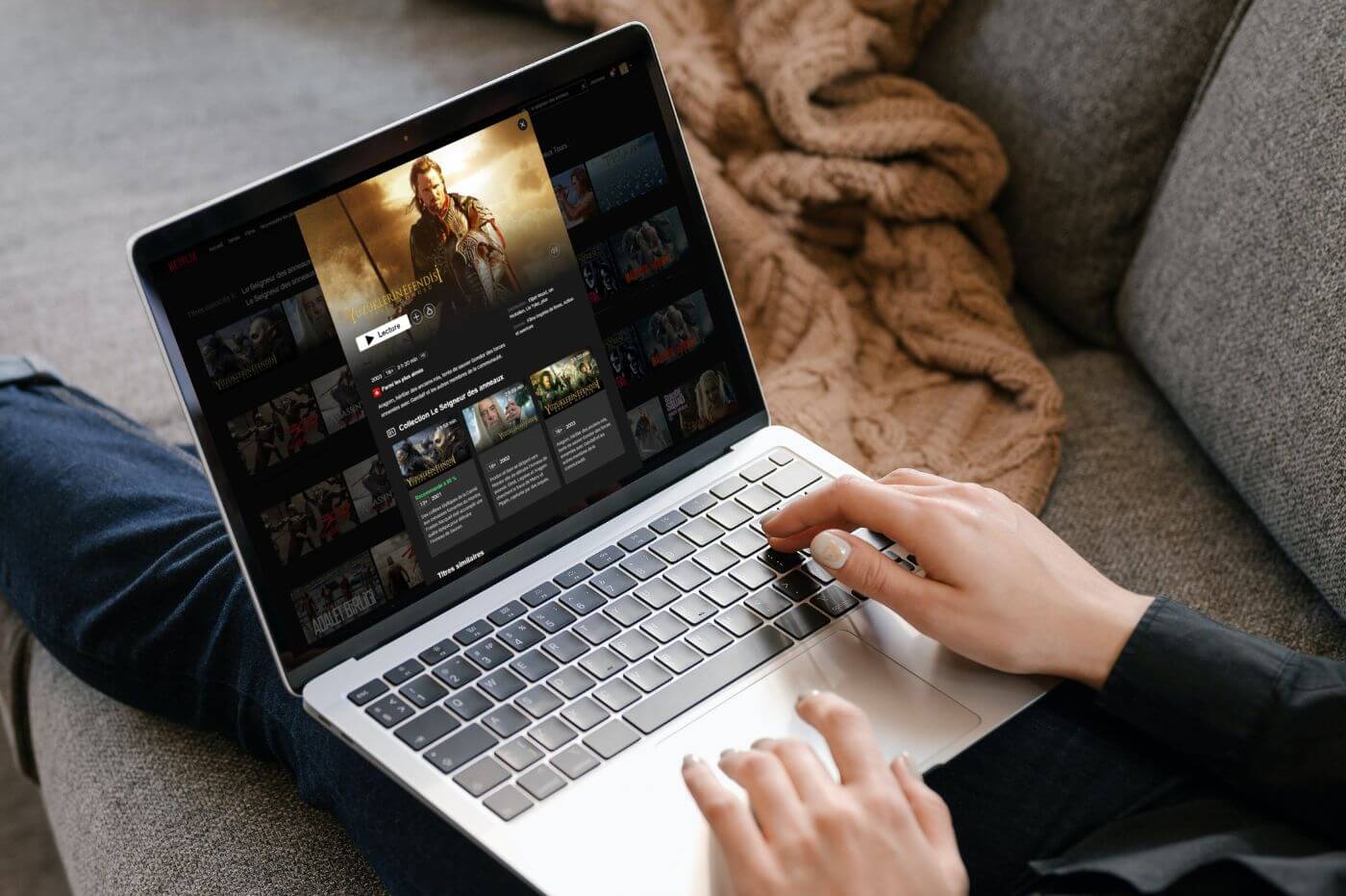 Apart from the new catalogs announced by the different platforms, there is one that has decided to change its rules. Effective January 1, 2023, Netflix has decided to end account sharing.

Gradually, over the course of the year, the number 1 streaming platform therefore intends to put an end to this practice which would cause them to lose millions every month.

Therefore, people linked to a family account who are not part of the same household will have to go to the cash desk. Netflix has not yet communicated the price of this stake but according to sources familiar with the matter, the company would have planned a price close to its cheapest offer to encourage users to switch to their own formula. To ease the transition, Netflix has developed a tool for transferring a profile to a new account. Smart.

Finally, France’s OCS (Orange Cinema Series) is losing one of its greatest assets to its competitors. As of January 1, 2023, the HBO catalog (Game of Thrones, House of Dragon, Handmaid’s Tale, Westworld etc.) is no longer integrated into the platform. HBO thus ends a 10-year exclusive partnership.

For the moment we do not know where the series of the American group will be broadcast. In the US and some European countries, HBO offers its own streaming platform. In France, the service has been awaited for some time but no arrival date has been communicated.

So much for the big changes of 2023 in terms of technology, telecommunications, energy, finance, etc. More progress will take place this year, especially on the health aspect. For example, since January 1, 2023, condoms are free for those under 26 and emergency contraception is free for all women, without a prescription. Significant upheavals for our society.